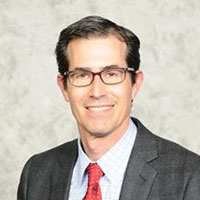 Dr. Jonathan Winickoff is a practicing pediatrician at Massachusetts General Hospital and Professor of Pediatrics at Harvard Medical School. He has training and experience in health services research, medical ethics, neurobiology, statistics, and behavioral theory. In addition to over 100 peer-reviewed publications, he has drafted key tobacco control policy and served as a scientific advisor for the CDC Communities Putting Prevention to Work, the Massachusetts Tobacco Control Program, Head Start, WIC, the Food and Drug Administration, Department of Housing and Urban Development, the Institute of Medicine, and the U.S. Surgeon General through the Interagency Committee on Smoking and Health.

His research has led to the creation of the Clinical and Community Effort Against Secondhand Smoke Exposure (CEASE) program, now available in all 50 states for free. A $4 million award from NIH-NCI/NIDA/AHRQ funded a national dissemination trial of CEASE and a $5 million award from NCI is currently evaluating sustainability of this model in the U.S. Other major research initiatives have helped describe the phenomenon of thirdhand smoke, named the health idea of the year by the New York Times. His research has been used to support the creation of smokefree public housing in the city Boston, the state of Maine, and HUD’s efforts nationally. His 2010 special report in the New England Journal of Medicine outlined the social justice, legal, and ethical imperative of implementing completely smokefree public housing in the United States.

Recently, in four research papers, Dr. Winickoff has studied raising the tobacco sales age to 21 and has also volunteered his time helping communities raise the age. As of June 2016, 121 communities in MA as well as NYC, Kansas City, Cleveland, Chicago and the states of Hawaii and California have raised their age of sale to 21. With colleagues at the AAP Richmond Center, Harvard School of Public Health, and Massachusetts General Hospital, he pursues public education, legal ethical, social justice, and biochemical analyses to promote child health.

As with other behavioral health interventions, discretion should be used when addressing family smoking behavior and the secondhand smoke exposure of children during emergency or trauma situations.

Facilitators to implementation include a practice champion who promotes and sustains the intervention. This champion can be a physician, nurse, office manager, or receptionist; all that is needed is a passion for tobacco control, the willingness to learn the basics of family-centered tobacco control, and the desire to support the practice as the practice begins to effectively address tobacco use and the secondhand smoke exposure of children.

Other Facilitators to implementation include clear guidance on the roles and responsibilities of each staff member in regards to the CEASE intervention. While the CEASE intervention is flexible enough to be adapted for each practice’s needs and unique situation, clarifying the responsibilities of each staff member allows CEASE to become smoothly integrated into routine office systems.

While the CEASE intervention can be done by just one clinician, it is more effective if parental smoking and the secondhand smoke exposure of children is addressed at the practice-level, with all clinicians and staff members playing a role. This may be a challenge for large practices with many part-time clinicians and staff members. This challenge may be overcome by communicating the main tenets of the CEASE intervention (ask all families about smoking at every visit, assist smoking family members with smoking cessation through brief motivational messaging and prescriptions for both the nicotine patch and nicotine gum, referring smoking family members to the free telephone quitline and other appropriate services) to all clinicians and staff members. This communication can take place through trainings, meetings, and/or written guidance.

By using these forms of evaluation, the pediatric practice will be able to continue to tailor the CEASE intervention to routinely and effectively address family smoking and the secondhand smoke exposure of children.

Our current research focuses on adapting the CEASE intervention to screen all families for smoking status using an electronic tablet at check-in.