In the past, strong cultural traditions and living away from the influences of urban life have protected many Southwestern American Indians from some risk factors associated with cancer. This protection, however, is disappearing, and many Native American people are adopting Western lifestyles that often bring unhealthy habits. These lifestyle changes are likely to lead to an increase in cancer risk factors and disease among American Indians in the Southwest.

The curriculum includes 16 lessons that focus on preventing smoking and smokeless tobacco use and encouraging children and their families to eat foods with less fat and more fiber. Lessons on peer pressure, classroom visits from grandparents, and family activities are also included.

The 16-session program is implemented during the school year, over the course of two semesters. Teachers are encouraged to combine the intervention curriculum with enrichment activities provided in the curriculum guide.

The study participants were American-Indian children in the fifth and seventh grades.

The program is suitable for implementation in the classroom.

The Pathways to Health 7th grade teacher guide, student workbook, and Native American Foods, Games and Customs manual are required. The program developer has determined that additional materials that are referenced in this program are not required for successful implementation and so these additional materials have not been made available to RTIPs.

The primary purpose of the Pathways to Health study was to develop, implement, and evaluate a curriculum to prevent smoking and the use of smokeless tobacco and to promote a low-fat and high-fiber diet.

The project used a pre-test and post-test design, with schools randomly assigned to one of three groups: (1) curriculum only, (2) curriculum plus family, or (3) control (delayed intervention). The curriculum was based on the following cultural beliefs and values: learning through observation and practice, learning with examples, holistic learning, learning by trial and error, learning cooperatively, and learning through reflection.

Results of the study include the following: 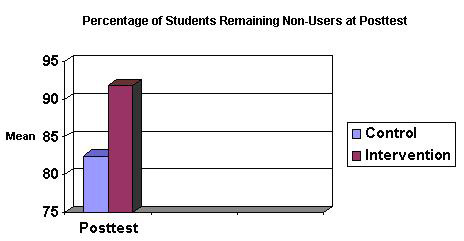 
(Be the first to write a review for this program)
NCI does not endorse nor recommend any commercial products, processes, or services, nor do they guarantee the success of programs made available on the site. The views and opinions of authors expressed on this website do not necessarily state or reflect those of the NCI, and may not be used for advertising or product endorsement purposes. Rather, the information is provided to help you make an informed decision about the best program options to meet your cancer control needs. Please see the disclaimer for further information.