Details about Reach
80.0%
Details about Effectiveness
33.3%
Details about Adoption
N/A - Not Applicable
Details about Implementation
62.5%
This program has been evaluated on criteria from the RE-AIM framework, which helps translate research into action. Learn more about the ratings

Researchers have identified many barriers to cancer screening among African-Americans, including lack of knowledge and skepticism regarding cancer prevention.  Although there have been small-scale, culturally sensitive, health promotion initiatives designed specifically for African-Americans, few have been comprehensive and community-wide.  It is anticipated that a cancer prevention awareness program that is culturally sensitive, disseminated through Historical Black Colleges and Universities (HBCUs), and concentrated in Black communities can result in significant changes in cancer-related knowledge, attitudes, and behaviors in African-American men and women.

Targeting Cancer in Blacks (TCiB) is a culturally sensitive, multi-component, community-wide intervention designed to promote awareness of preventable cancer risk factors and increase knowledge of cancer prevention behaviors in African-Americans.  The goals of the program are to effectively communicate cancer prevention information to African-Americans and to encourage adoption of behaviors that may reduce the risks of developing cancer.  Historically, HBCUs have been considered a credible source of information and influence in African-American communities, so these groups are used to disseminate messages to prevent cancer.

TCiB begins with a kickoff event designed to provide the community with preliminary information about the initiative and to solicit support from community members who will act as steering committee members. Following the kickoff event, educational sessions, which include workshops, short presentations, and longer lectures on cancer prevention, are offered by program staff at community sites such as educational institutions, hospitals, public health clinics, community organizations, churches, and businesses. Steering committee members deliver cancer prevention messages in their usual capacities (i.e., from the pulpit for ministers or through contact with staff and customers for business people).  Project staff participate in health fairs, festivals, and other community events where they distribute literature, offer workshops, and make referrals.  Media, including newspaper, radio, television, and public service announcements are also used to spread cancer prevention messages.  Another channel is through hairstylists, barbers, and others who spread prevention messages through the use of signs and printed materials.

Training manuals, brochures, flyers, posters, and yard signs are consistent in purpose, quality, and design with messages from the National Cancer Institute. The materials represent African-American individuals and families carrying out daily activities and activities that reduce the risk of developing cancer.

Two project staff members working 20 hours per week for 3 months are required. The work includes administration of the program; training and oversight of steering committee members; participation in health fairs, festivals, and other community events; and providing follow-up. Volunteers to run community events are also needed, and the time required varies according to the type and number of events involved.

The intended audience is African-American adults aged 18 years and older.

The toolkit includes the following materials:

The study used 35-minute, pre- and post-intervention telephone interviews in the selected census tracts in all four cities. Trained interviewers contacted one respondent per household, selected by random-digit-dialing based on a sample frame of residential phone numbers in the census tracts. Respondents were deemed eligible if they were 18 years of age and African-American. If the person answering the phone was eligible, that person was interviewed. Otherwise, he or she was asked to call an eligible person to the phone. Demographic questions included birth date, highest grade completed, and annual household income. Respondents were asked if they had heard of screening tests (appropriate to gender), whether the tests had been recommended, and if performed, how many times and how recently. Other questions addressed knowledge, beliefs, and attitudes regarding factors that may contribute to the development of cancer. 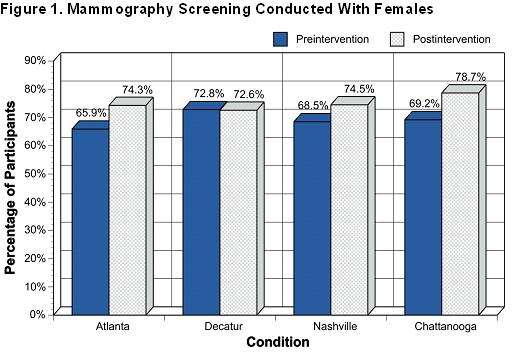 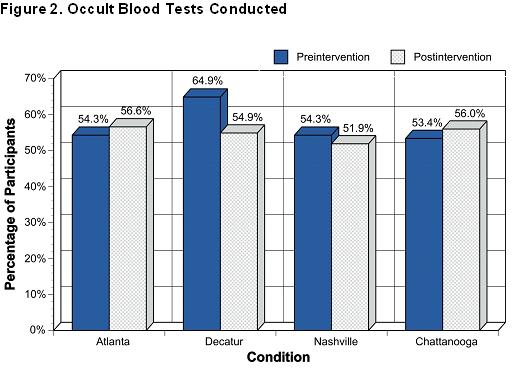 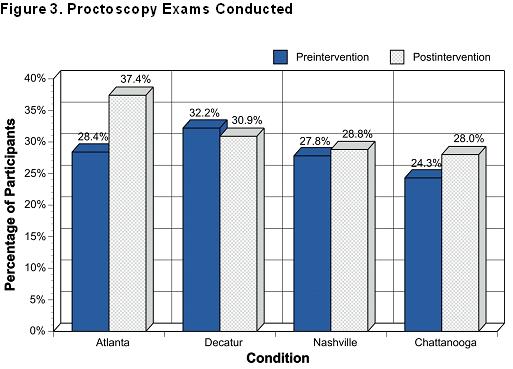 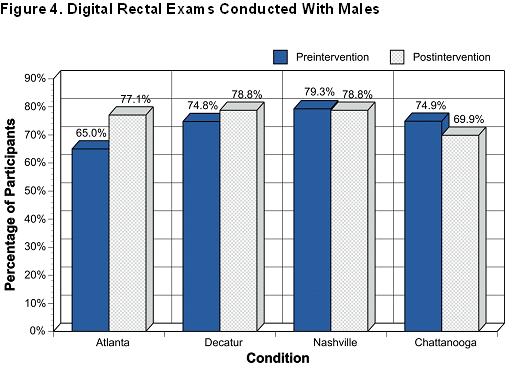 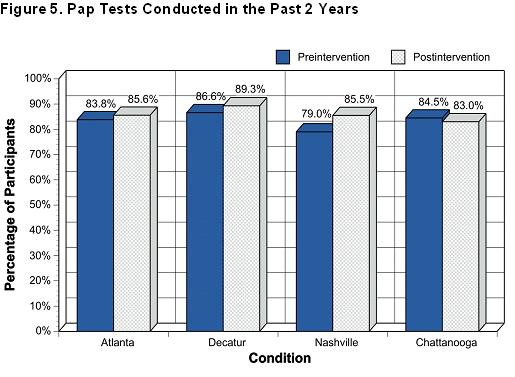 Designed to decrease the incidence of invasive cervical cancer among Chinese women by increasing the frequency and regularity of Pap testing.