Tobacco dependence continues to be the leading, preventable cause of cancer, coronary heart disease, emphysema, respiratory infections, and bronchitis. Although smoking prevalence rates are declining for both women and men, the decline is slower for women. One reason is that while men and women have similar quit rates, men are able to refrain from tobacco use for longer periods. This has prompted requests for smoking cessation programs designed specifically for women. Variables such as concerns about weight gain, the belief that smoking reduces stress, and the need for social support have been identified as particularly relevant to smoking cessation programs for women. Participation in regular, vigorous physical exercise may be an alternative to smoking that may aid cessation efforts among female smokers. Exercise may address psychosocial and physiological needs that cannot be achieved with nicotine replacement therapy alone.

The intended audience for the Commit to Quit program is adult female smokers.

The program is suitable for implementation wherever group-based smoking cessation treatment is offered and at exercise facilities.

The sample was composed of 281 healthy sedentary women aged 18-65 years (mean age 40.7 for the Commit to Quit group, 39.7 for the control group) who had regularly smoked 10 or more cigarettes a day for at least 3 years and who had exercised less than twice a week for at least 6 months.

Exercise performance was measured prior to randomization and after 12 weeks of treatment. A graded maximal exercise test was performed on a stationary bike to measure functional capacity, expressed as estimated peak oxygen consumption per unit time (VO2). Cigarette smoking abstinence was measured by self-report questionnaire. Seven-day point prevalence abstinence (PPA) was obtained weekly during the 12-week program and 3 and 12 months after treatment. Continuous abstinence from quit day (week 4) to end of treatment (8 weeks later) and 3 and 12 months after treatment was also evaluated to examine sustained cessation, which relates more directly to health outcomes than 7-day PPA. Weight gain was defined as change in weight from baseline to the assessment period.

Effects of the Commit to Quit Program on Cigarette Smoking Abstinence 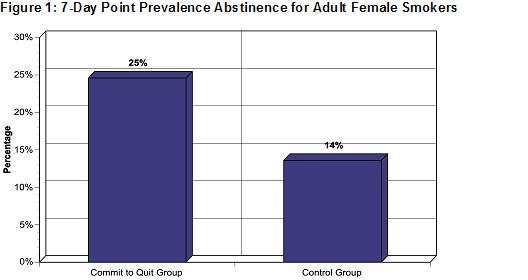 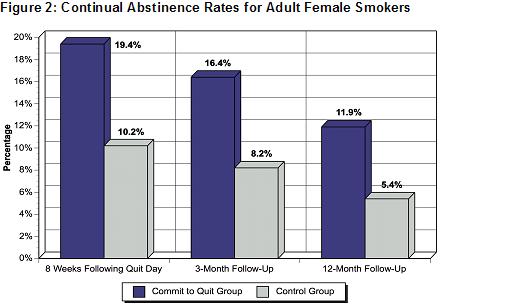 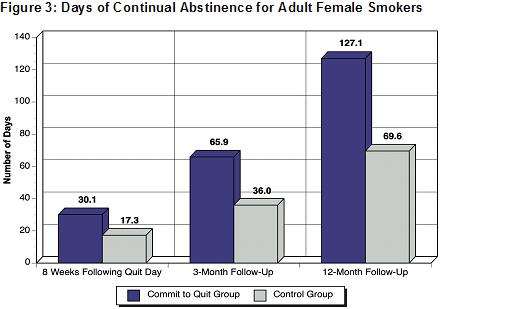 Effects of the Commit to Quit Program on Weight Gain 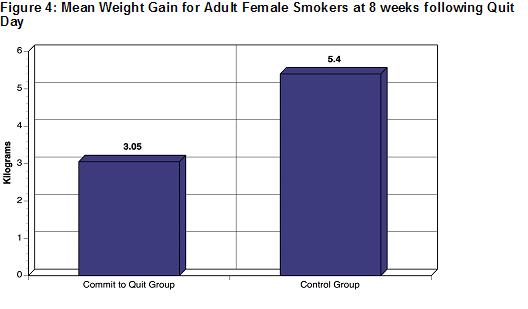 Effects of the Commit to Quit Program on Exercise Performance 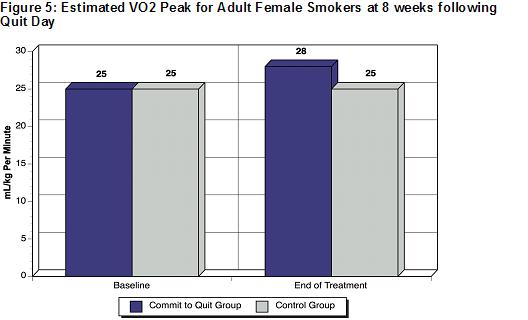 The program is designed to promote quitting among adult smokers.

Designed to reduce second-hand smoke exposure in the home.